The Nakamura family had just moved to back San Myshuno after many years living in Japan. Natasha had been offered editor-in-chief position for Vague magazine, and had transitioned from the Tokyo office to the flagship in San Myshuno. Hiroshi was always looking for new opportunities and left his existing successful restaurant in the hands of his highly skilled team, deciding to move with his wife and start up a second innovative restaurant in a new city. Nora hadn’t had much say in the matter, but found herself caught up in the move. However, she was excited! She’d been to San Myshuno many times before, as it was her mother’s birthplace, and she felt as at home there, as much as she did in Japan.

They were not short of money, and soon found a spacious modern apartment overlooking the Uptown area. It was pricey, and required a huge deposit, but Natasha insisted on living in only the most desirable area.

‘As soon as your father get’s his business up and running we will have no money troubles at all.’ Natasha sang, carefully reapplying her red PLASMAH! lipstick. Hiroshi soon acquired the perfect property for his new venture. A local celebrity haunt had recently fallen into bankruptcy after a scathing review in Vague magazine, and many complaints from the neighbours about ‘noise pollution’ and ‘questionable behaviour’ of the guests. When the property went to auction, only the Nakamura family could afford to pay the asking price.

Hiroshi was a ball of creative energy when he was excited about a project and he invested heavily in getting his new restaurant built quickly. Bringing over some of his designs and his trusted project manager from Japan. The restaurant was ready to open to the public within a matter of weeks! He named it Black Rock because the grounds were decorated with volcanic rocks from the surrounding mountains. 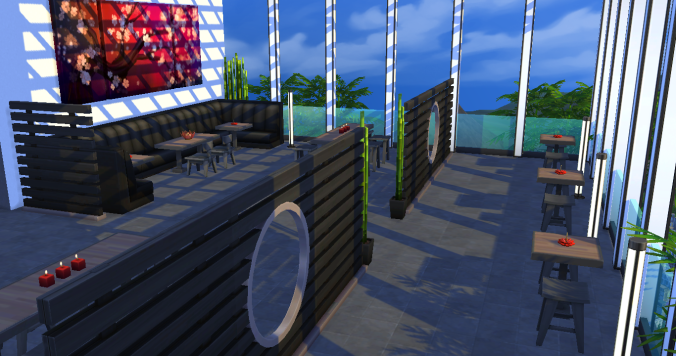 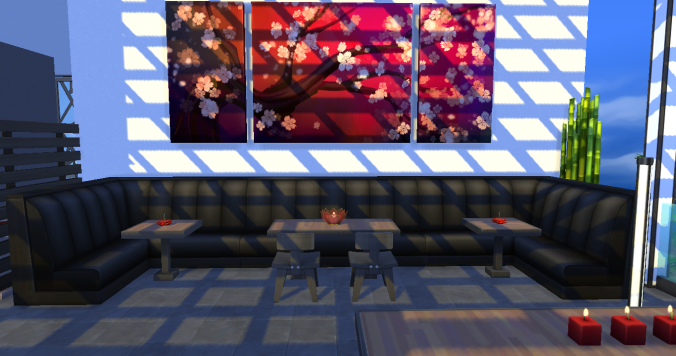 If only he could have brought some of his staff over from Japan too. But he needed his best staff back at the old place to keep it running smoothly while he was gone. He’d built that business up from nothing, and he could do it again! He spoke to the recruitment agency, but the sims they suggested were a rag-tag bunch. Hiroshi chose the best from the bunch carefully. They had little experience, but he had always invested heavily in training and would have them up to scratch in no time (but he took the puffer-fish off the menu for the time being, just to be safe).

Hiroshi wisely decided to do a test run before the big opening night! Vague magazine were covering the event [naturally] and he didn’t want anything to go wrong. So he called in his new staff and gave them a pep-talk. His wife talked to her contacts and pulled a few strings, and they found two couples that would be willing to have the special privilege of being the Exclusive First Customers [aka ‘guinea pigs’]. This included two members of the aristocratic Goth family, and two trendy celebrities from Golden Plumbob Studios.

Hiroshi was quick to welcome the stylish Lady Goth who had flawlessly observed the dress code of black, white or red. Such a beautiful woman reflected well on his business and he was keen to impress her.

[Basically, I was fangirling a lot at Bella and instructed him to fawn over her. I was just excited that they happened to be the first customers, and that her dress matched the decor. XD] His new staff were a little bit hopeless, so Hiroshi had to go and schmooze the guests a little: offering them free dessert and drinks. And even though his staff were hopeless, he could see they were doing their best and he offered them lots of encouragement to keep them motivated. At the end of the evening his guests were contented. Hiroshi congratulated his team on a job [sort of] well done, and gave them all a small wage increase. From past experience he knew that a successful business was built with happy employees, and was happy to invest in more training if that was what it took! 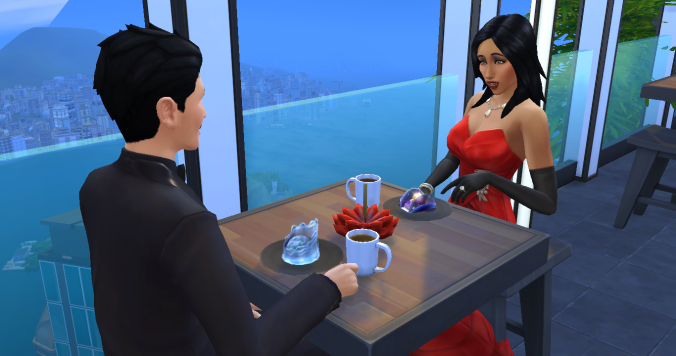 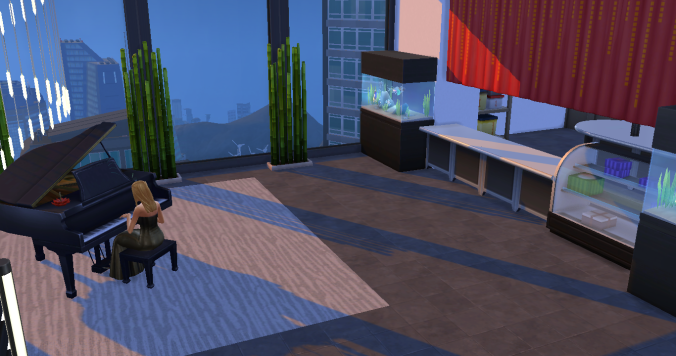 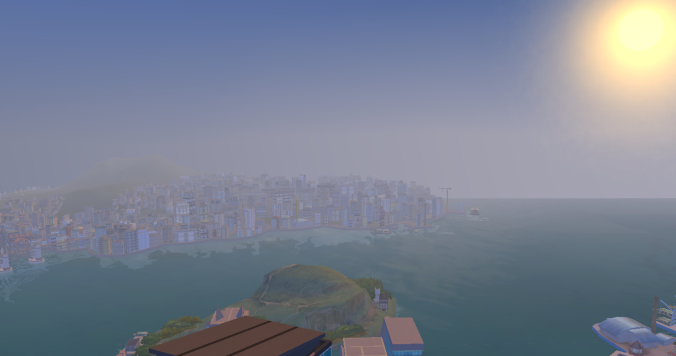 Feeling fairly pleased with how his test run had gone, Hiroshi retired to his office overlooking the city and contemplated what his next move would be.

[I shamelessly stole this idea from Weealbet.] 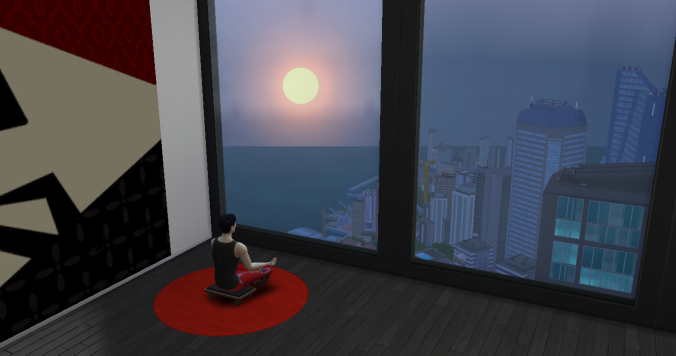 *salesman voice* And hey! If you like the look of the Black Rock Restaurant and you want to add it to your game, you can find it on the gallery! 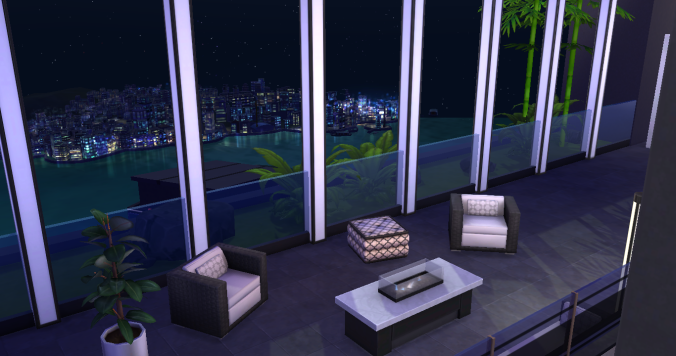 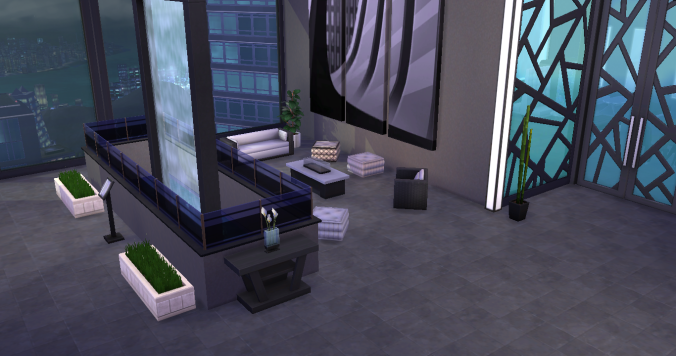