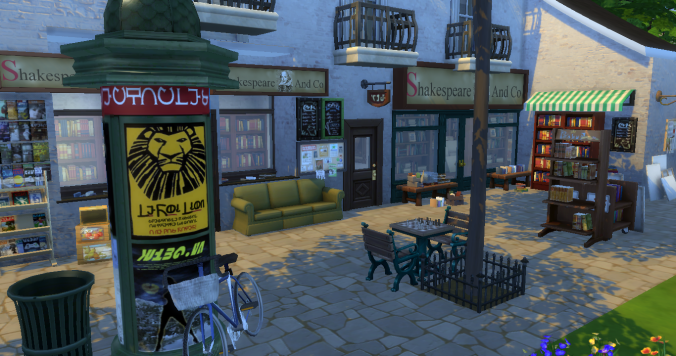 He had been looking for a premises for a while, somewhere where he could set up his own newspaper or magazine. Even before they moved to the new house, he had been looking at offices around Newcrest but hadn’t been able to find anywhere suitable. He didn’t have a lot of money to spare: it was nice not having to pay rent anymore after inheriting his aunt’s old property, but they still had to pay bills and school fees, and Willow’s job as a patrol officer didn’t bring in much money. He had to make sure that the income he made from his newspaper covered at least the basic costs. Or he would fail and be consigned to a life of writing drudgery at the corporate publishing house.

The children left for school. William was itching to get out and continue his hunt for an office, perhaps he would have to extend his search to the neighbouring areas, he could try looking in Willow Creek. There was a severe lack of building space in the suburbs and he decided the first thing he wanted to cover as a freelance journalist was the housing crisis! But that morning he had to wait until the gardener arrived, he hadn’t met them yet.

Willow was clearing away the breakfast things, ‘We need to get the rest of these things put away soon. I didn’t realise how much stuff we had in that tiny little apartment! I might just dump it all in the basement for now.’

‘We might have to rent them out soon,’ William protested, ‘I haven’t found an office yet and I’m worried we might have to spend more than we first anticipated. We could use the extra money.’

‘Oh, I forgot to tell you,’ Willow gasped suddenly, ‘That nice artist lady… what was her name…?’

‘That’s it! That nice artist lady, Amalie, mentioned that her nephew has been writing at a little book store down near the canal…’

Willow continued talking as she fluttered around the kitchen wiping the sides down, ‘…well she mentioned that they have an attic space that isn’t being used for anything at the moment and I thought you could take a look.’

Willow got changed for work and fortunately the gardener arrived soon after, so William didn’t have to wait for long. 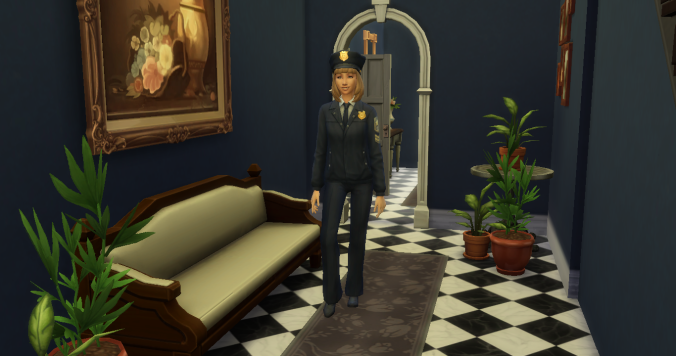 William walked to Simspeare and Co, it was an easy walking distance from the house, which he took as a good sign. It was a lovely little bookshop, every surface crammed with a huge variety of books, most of them collectables. There was a small section for magazines and comics too, so he knew he would be able to sell his publication there. The clerk told him they had a small but enthusiastic local customer base, but that they also supplied items across the county via the internet. They happily allowed him to access the attic space, and although the room was tiny, William instantly knew he had found the right place! The best part was that they were going to let him use the space for free! On the condition that he supplied them with his newspaper for no charge. Which suited him very well indeed! 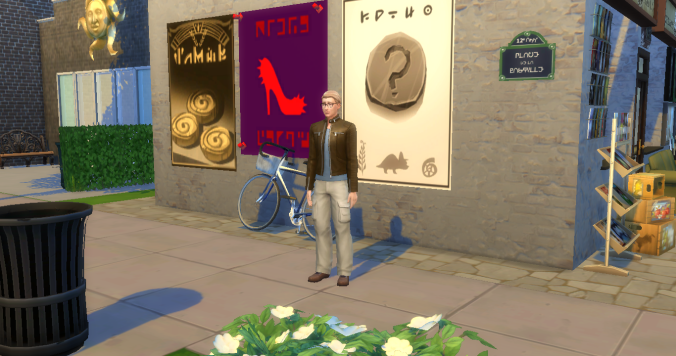 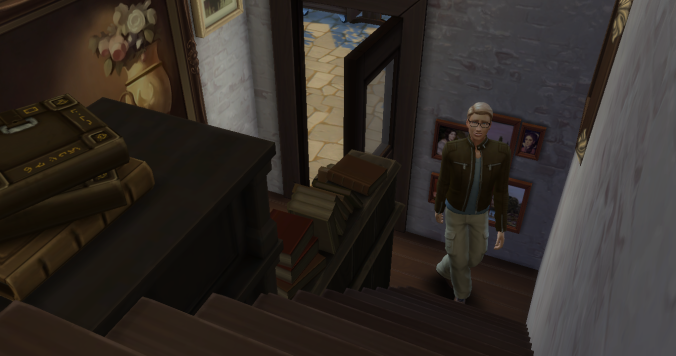 A few days later, William had sourced the furniture for his office from an old library that was under refurbishment. The typewriters had been lurking in various places around the bookstore. And he had secured a vintage printing machine from an antique store. It took some work and a lot of oil to get it working again, and it had a tendency to leave big blobs of ink on the pages, but it kind of gave the paper a hipster vintage look. William was pleased with the results.

He also employed a few writers. The first was a gloomy, and slightly hopeless, assistant that he found lurking around the European History section. Gunther Munch was a bit clumsy and had a tendency to drift away into his own thoughts, but he was passionate and knowledgeable about current affairs and William thought he had potential. The second was a cheerful and organised lady who worked in the bookstore cafe. Her name was Harriette Baker and over one of her husband’s homemade cakes she had confessed her dreams of becoming a famous romance writer. When William had asked if she wanted to help him on the paper she had jumped at the chance! They settled in to their new home quickly and the only thing left to do was figure out what they wanted to write about first!