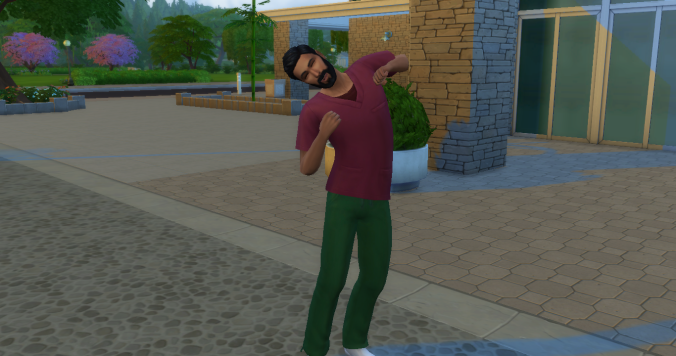 Well, here we go again, thought Mahinder as he stretched outside the hospital. He now had a couple of shifts under his belt and things were looking up! Thankfully, the useless nurse had been suspended after the altercation earlier in the week, and Mahinder was beginning to find his feet at the hospital. He now had a pretty good system for checking patients in and having them seen quickly, and his admission to check-out times were now on target.

He strolled into the reception in a cheerful mood. He was pleased to find a new nurse had joined the team! At least this one seemed better than the last. 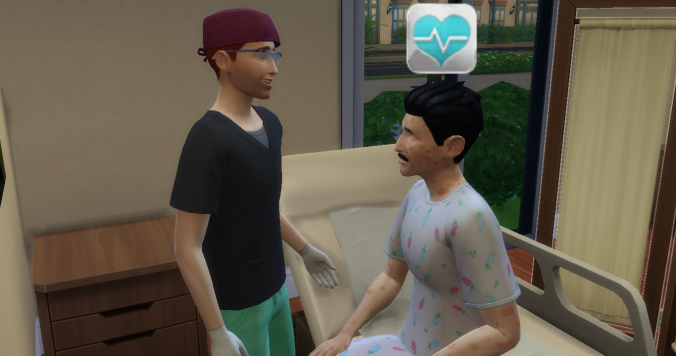 Feeling positive, he went to check on one of his patients, a smart little girl called Lena Clausen. Thankfully she seemed to be feeling a lot better, and her illness had been diagnosed as nothing serious, so he could provide her with medication and have her checked out that morning! The supervising doctor, who Mahinder had now learned was called Samuel, dropped by to hand over some lab results. He said he was impressed by Mahinder’s dedication, and said that since he had such a friendly manner with children that he wanted him to be in charge of paediatrics!

Mahinder was really pleased about this! The ER was so busy, he simply couldn’t tend to every single patient, so it was nice to know he could officially focus on helping the children. As he got on with his day, he always tried to be cheerful and positive for the sake of the youngest ones. He’d tell a quick joke or a funny story as he was checking them in. There was one little girl that he felt very concerned about, she’d arrived at the hospital on her own and was far too serious and quiet for a girl of her age. Mahinder was worried there was something seriously wrong, but thankfully the tests showed she was just suffering from a straightforward viral infection. He gave her some medicine, but couldn’t help worrying about her as she left. She was picked up by a chauffeur her family had sent and he wondered why they hadn’t picked her up in person. His work day ended, and Mahinder was pleased that all the children had been seen, diagnosed, and treated. He was feeling much more positive about his new situation.

When he got home his whole family was in the kitchen, and they were all very loud! Sanjeev had invited himself round on the pretext of helping Jasminder with her homework [I swear, these two have the sweetest relationship!]. As much as he enjoyed being around his noisy family, Mahinder was relieved when everyone wandered off in their own separate directions and he could relax a little in front of the TV. Just as he started to unwind, there was a knock at the door.

Sighing, Mahinder got up to find it was the little girl from the hospital!

‘I’m sorry to bother you, Doctor Khan,’ the child said politely, ‘Only, there is nobody at home and I’m starting to feel a bit hot again.’

Mahinder was shocked and concerned but he arranged his features in a friendly fashion so as not to worry the poor thing. He quickly sent a text to the hospital asking them to look at the records and contact her parents. Then he checked her temperature with his hand.

‘Your temperature is fine,’ he reassured her calmly, ‘now, why don’t I read to you until your parents arrive to collect you?’

They arranged themselves on the front step, and Mahinder entertained the girl for a while. She was so sweet and trusting, and he felt very concerned about her situation. The hospital texted him back to explain there had been some kind of family emergency and that the girls’ uncle would come and pick her up as soon as he could. 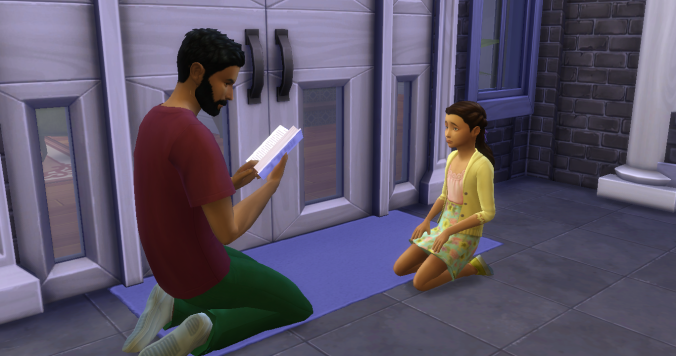 Mahinder sighed and thought he should probably get her indoors out of the cold night air. He continued to read to her, entertaining her by acting out the parts in an over-dramatic fashion. She seemed to enjoy his company and he was pleased to see she seemed to be getting over the virus. Finally there was the honk of a horn outside, and the girl rushed to the window to see her uncle was waiting in the car. Mahinder eyed the shiny red sports car disapprovingly as the shifty-looking character behind the wheel revved his engine impatiently.

Suddenly he felt like he had to say something to this small child who seemed more grown-up than she should be.

‘If you ever need a friend, or a place to stay, you are always welcome here,’ he said frankly.

The girl seemed delighted by this and hugged him warmly. She reminded him so much of his own daughter in that moment, when she’d been a smart little girl, wiser than her years, but still needing her daddy to hug her. He watched her run over to the sports car happily, and watched as the man behind the wheel lit up a cigarette before driving away too fast.

Mahinder had a horrible feeling in the pit of his stomach that told him he’d done the wrong thing. But also, conversely, that he’d done exactly the right thing too.