Setting up the lovely Baker family was a bit tricky! Their story is that they live in a row of terraced houses and the house on the corner is their bakery. This is their bakery in TS3: 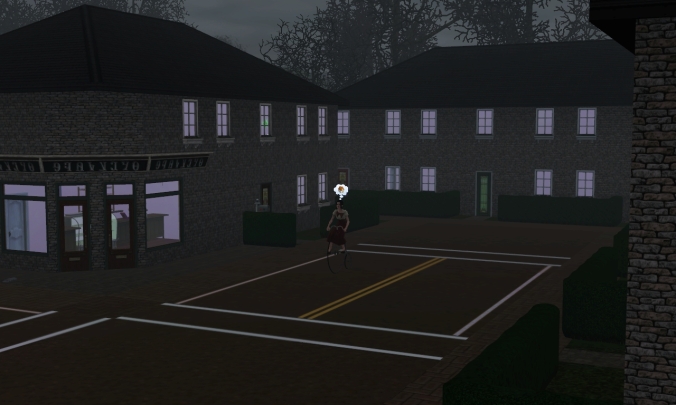 Back in the TS2 Open for Business days they had the feature that allowed you to open a business on a home lot. With TS3 I used mods like OFB4TS3 to set this up. At the moment there is no way to have a home business in TS4, so I had to be a bit tricky. I built my row of terraced homes and furnished the Baker home, then I changed the lot to retail and built the bakery on the corner. I think we can all agree it looks better than the TS3 version! The Baker family includes the extended family of two grandparents and an aunt, so I moved the whole family into a separate lot, bought the bakery, and ‘moved’ the nuclear family to their home on the retail lot. I’m imagining the other home belongs to the grandparents for now, and when the sims automatically return there I pretend they are visiting the grandparents before sending them back to their ‘home’ on the retail lot. It’s also easy to call the grandparents over for help with the business, as I can control them (whereas if they lived on a completely separate lot they would be uncontrollable). This set up isn’t perfect, but it’s working ok so far, especially with the door locks (added in a patch) to prevent customers entering the private areas, and stop the family going into the ‘neighbours’ homes.

Anyhoo… Harold, Harriette, and their daughters Kyra and Danielle were ready to move in. Here is a little tour! 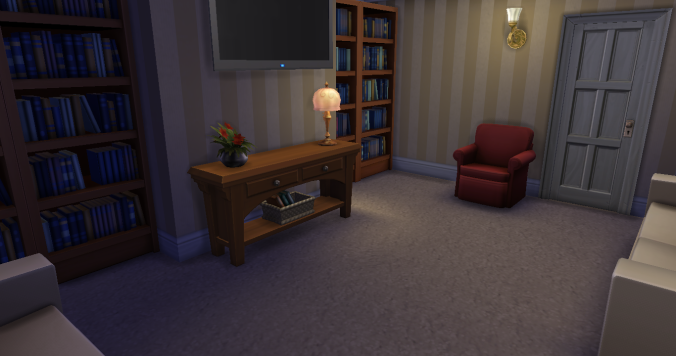 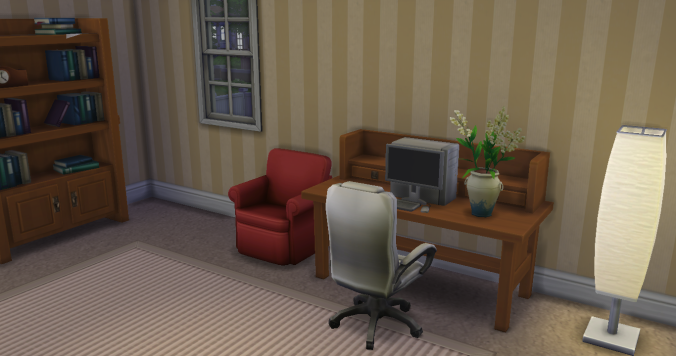 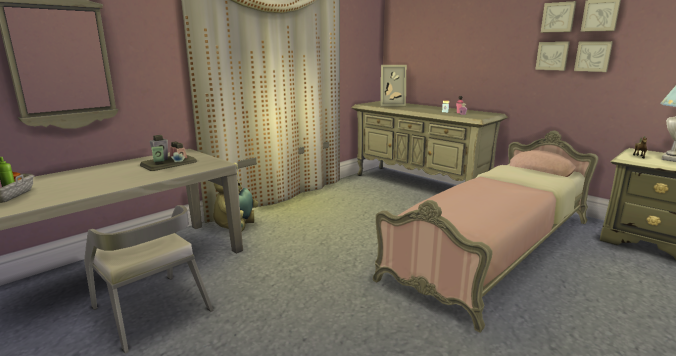 You can download the sims and this lot from the gallery! #BakerFamily Everything I upload is CC-free as I remove my mods folder while creating sims and building. The CC you see is added later for my own use. ^__^

Harry (Harold) wakes up in the wee early hours of the morning to bake goodies for the day ahead. He’s a foodie and loves baking, so he’s always in a cheerful mood. Soon he has a few plates of brownies and sugar cookies to sell so he opens the doors… 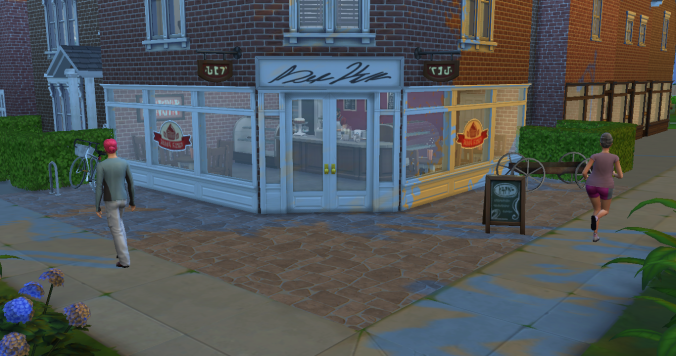 Customers flooded in, excited to check out the new yummy treats on offer! Harry panicked and called his mother to come and lend a hand! 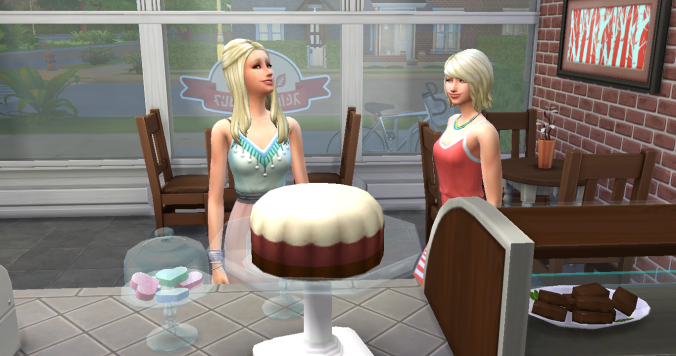 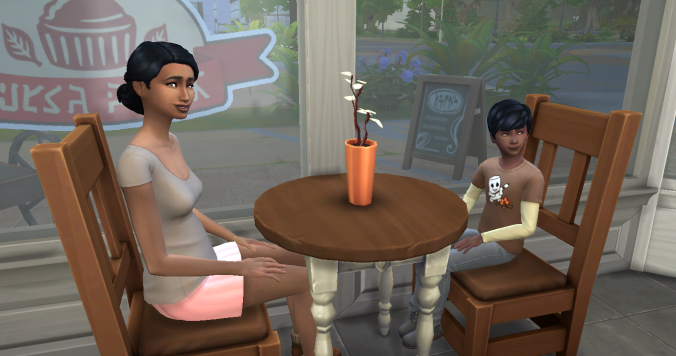 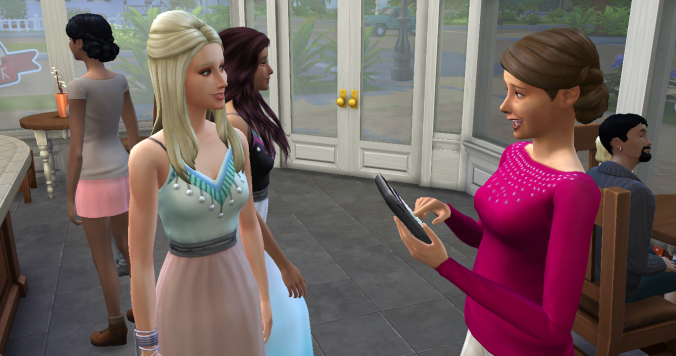 The girls were not too interested in helping out with the business, Kyra was more interested in gossiping with the local teenagers and painting (I think she has an admirer), and Danni played computer games before going for a jog. Nonetheless, Harriette, Florence and Harry tackled the restocking, selling and cleaning! It was hard work and they were feeling pretty tired at times, but by the end of the day they were happy the business had done so well! 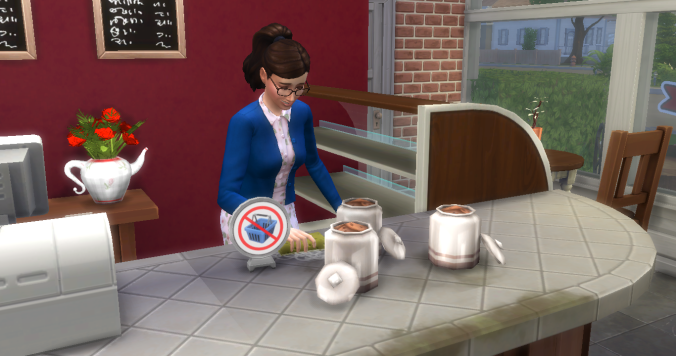 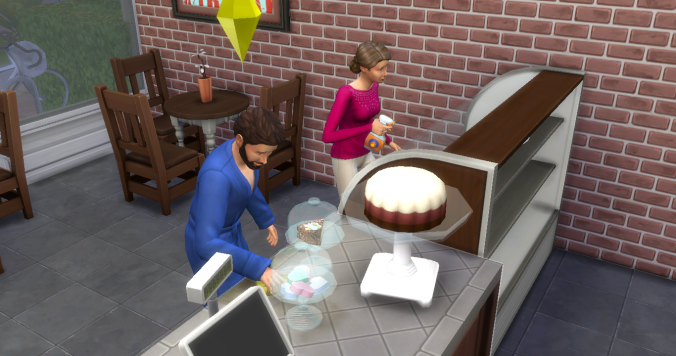 At the end of the day, the family sat down for a well-deserved meal. Harriette decided to have a nice soothing lavender bath soak and mud mask, but was interrupted by her husband who decided he needed a poo. Ah, sometimes art reflects life too well! XD 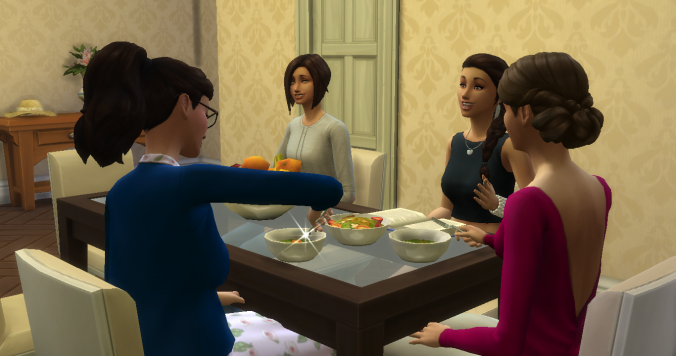