Although she loves spending time with her family, Michelle is a highly sociable person and was excited to go out and explore her new home. She announced her plans to the household.

Her dad gave her a huge hug, ‘Just have fun and be safe’. ‘Anything to stop her trying to cook’ he whispered to Adelia. 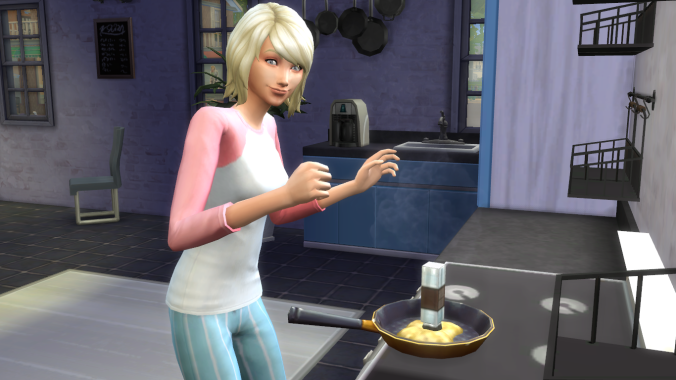 Michelle thought the local park would be a great place to meet people: it was beautiful, but the people there were so rude! Michelle usually laughs at rude people but today they upset her, she missed her friends back in Aurora Skies and felt a bit lost without them. 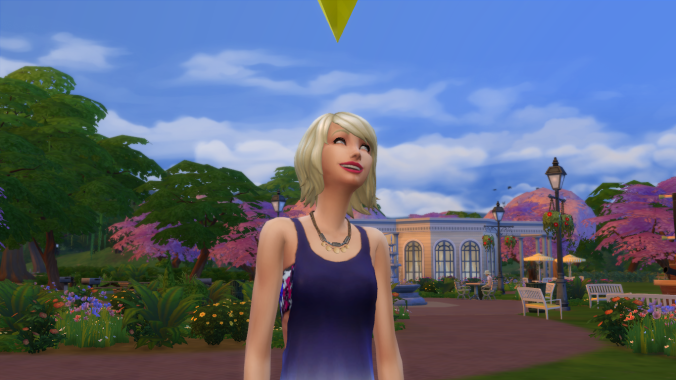 Waiting for her back at home was her little sister Kayla. She gave Michelle a great big hug and called her ‘funny’. ‘Hmmm… maybe I’m approaching this the wrong way,’ thought Michelle, ‘I’m acting all lost and needy, this isn’t like me at all! I never used to have trouble making friends because I was already so sure of myself. Maybe if I act confident, and look like I’m having fun, then people will want to talk to me.’

Not one to admit defeat, Michelle dressed herself up and hit the busiest bar in town! Taking a deep breath, she walked straight up and grabbed the mic, launching into her funniest one-liners. At first, nobody paid any attention to her and she faltered. What was she thinking? She was just a girl in a room full of stylish adults. Why would they be even remotely interested in her? Then a quirky looking guy started listening to her and genuinely seemed to think she was funny! The guy went to get a drink, Michelle gave up on the mic and went to get a bowl of chips. She sat down and soon the guy was back and dancing comically to make her laugh! She joined him and they danced as crazily as they pleased, not caring who was watching because they were having so much fun! Pretty soon they had attracted a small crowd but Michelle and Ronald were so deep in conversation they barely noticed anyone else! 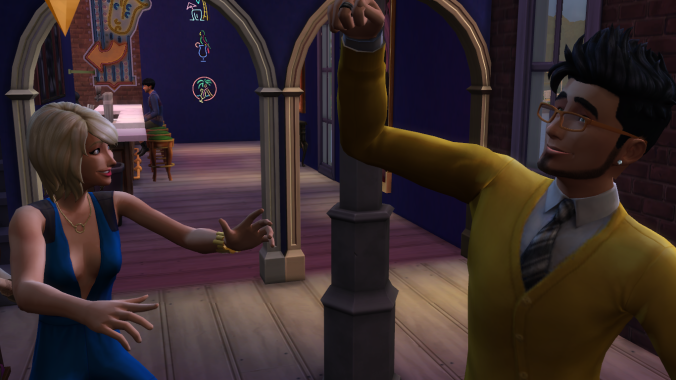 Hours later, Michelle left the club feeling much happier. And much more like her normal confident self! When Michelle arrived back at home, her father was waiting for her. He was pleased she’d had a good time and was home safe. I was going to end the story there but I had to add this! When she got home Michelle must have been hungry from all the dancing because she made brownies! She was all tired while she was doing it which made me giggle. Michelle left the plate of brownies on the table. Then her sister Kayla was the first to get up in the morning and saw the brownies, her expression made me laugh! It was like, ‘Yes, there are brownies and no parents are around to tell me not to eat them!’ 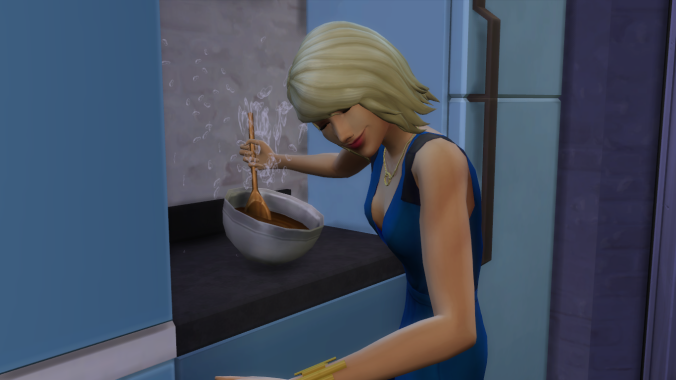